Flush requests from SMB2/3 clients are handled asynchronously and do
not block the processing of other requests.

Remove ‘–with-aio-support’ configure option. We no longer would ever prefer
POSIX-RT aio, use pthread_aio instead.

The ‘samba-tool sites’ subcommand can now be run against another server by
specifying an LDB URL using the ‘-H’ option and not against the local database
only (which is still the default when no URL is given).

Replicate an initial clone of domain, but do not join it.
This is developed for debugging purposes, but not for setting up another DC.

‘smbstatus’ was enhanced to show the state of signing and encryption for
sessions and shares.

The -u and -p options for user and password were replaced by the -U option that
accepts username[%password] as in many other tools of the Samba suite.
Similary, smbgetrc files do not accept username and password options any more,
only a single “user” option which also accepts user%password combinations.
The -P option was removed.

Add a GnuTLS based backupkey implementation.

Using the ‘–offline-logon’ enables ntlm_auth to use cached passwords when the
DC is offline. Allow ‘–password’ force a local password check for ntlm-server-1 mode.

A new VFS module called vfs_offline has been added to mark all files in the
share as offline. It can be useful for shares mounted on top of a remote file
system (either through a samba VFS module or via FUSE).

The Samba KCC has been improved, but is still disabled by default.

There were several improvements concerning the Samba DNS server.

There were some improvements in the Active Directory area.

The WINS nsswitch module has been rewritten to address memory issues and to
simplify the code. The module now uses libwbclient to do WINS queries. This
means that winbind needs to be running in order to resolve WINS names using
the nss_wins module. This does not affect smbd.

* All files are now installed into and referred to by the paths configured at build time.  Therefore, CTDB will now work properly  when installed into the default location at /usr/local.

* Public CTDB header files are no longer installed, since Samba and CTDB are built from within the same source tree.

* CTDB_DBDIR can now be set to tmpfs[:<tmpfs-options>].  This will cause volatile TDBs to be located in a  tmpfs.  This can  help to avoid performance problems associated with contention on the  disk where volatile TDBs are usually stored.  See ctdbd.conf(5) for  more details.

* Configuration variable CTDB_NATGW_SLAVE_ONLY is no longer used.  Instead, nodes should be annotated with the “slave-only” option in  the CTDB NAT gateway nodes file.  This file must be consistent
across nodes in a NAT gateway group.  See ctdbd.conf(5) for more details.

* New event script 05.system allows various system resources to be monitored.  This can be helpful for explaining poor performance or unexpected behaviour.  New configuration variables are CTDB_MONITOR_FILESYSTEM_USAGE, CTDB_MONITOR_MEMORY_USAGE and CTDB_MONITOR_SWAP_USAGE.  Default values cause warnings to be  logged.  See the SYSTEM RESOURCE MONITORING CONFIGURATION in  ctdbd.conf(5) for more information. The memory, swap and filesystem usage monitoring previously found in  00.ctdb and 40.fs_use is no longer available. Therefore,  configuration variables CTDB_CHECK_FS_USE, CTDB_MONITOR_FREE_MEMORY,  CTDB_MONITOR_FREE_MEMORY_WARN and CTDB_CHECK_SWAP_IS_NOT_USED are  now ignored.

* The 62.cnfs eventscript has been removed.  To get a similar effect  just do something like this:

* The commandline option “-n all” to CTDB tool has been removed.  The option was not uniformly implemented for all the commands.  Instead of command “ctdb ip -n all”, use “ctdb ip all”. 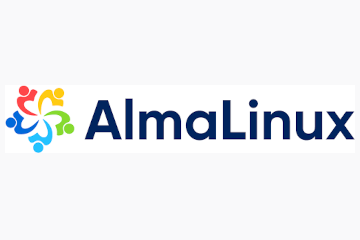 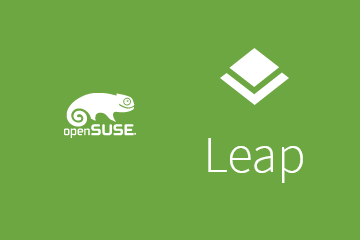